State nomination – when you can’t find a sponsor.. 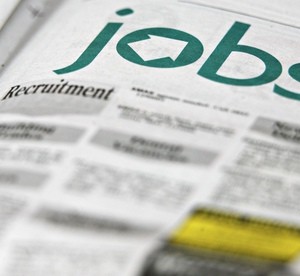 Probably many of you have heard about ‘state migration’, ‘state nomination’, or being ‘sponsored/nominated by a state’. In the post today I would like to clarify what state migration actually is and how it differs from other migration streams such as being sponsored directly by an employer.

State or territory governments similarly to employers constantly monitor situation on the job market. They not only want that market to be competitive but also want attract skilled migrants to come and work for local companies who feel pressure of insufficient or not suitably qualified workforce.

State or territory governments do their own sorting through and assessment of what kind of skilled workers they want to nominate. Before lodging an actual visa application it is mandatory for you to be nominated first.

The following visas are used by state government/territory agencies when nominating applicants:

You will be invited to apply for a visa as long as all conditions below are met:
In order to start application process using state migration you need to lodge your Expression of Interest (EOI) online through Skill Select. It is the only way to be nominated for state/territory migration. In both visas you will have to achieve at least 60 points score. That score might change from time to time but at the time of writing it is set at 60 points.
You will have 60 days to respond to that invitation, that is to apply for a visa, or an invitation will expire.
Advantages of being nominated by state/territory:
Disadvantages of state/territory nomination:
Being nominated by a state or territory can become be a great opportunity to secure a long term job or be able to apply for permanent residency especially when you currently have no employer willing to hire you.
This should be considered as a big benefit over ENS/RSMS visas (186/187) or even 457 visa which require an employer in the first place.
If you need to discuss your options please contact us by clicking here.
By Bartek|2015-11-10T03:31:40+11:00April 30th, 2014|Blog|0 Comments